Is an estate that produces and sells wine, olive oil, tapenades, organic honey, beers and Champagne.

Is an estate that produces and sells wine, olive oil, tapenades, organic honey, beers and Champagne.

Domaine du Colibri is a vineyard located in Caromb near Carpentras in the Vaucluse. It offers 5 vintages of AOC Ventoux wines, beer and artisanal Champagne, organic honey and local tapenade as well as extra virgin olive oil directly from the olive grove.

Your wine producer is also involved in direct sales at local fairs and markets within 30 km of Caromb.

Nestled between the Dentelles de Montmirail and the shadow of Mont Ventoux, our 10-hectare estate extends around the town of Caromb. Rich in its limestone soils, it contains, in addition to three white grape varieties, mostly red grape varieties typical of Provence-Alpes-Côte d’Azur.

The Domaine du Colibri is managed by Olivier Legranger. After obtaining a BTS Viticulture-Oenology in Champagne and a Wine Marketing License in Montpellier, he decided to broaden his knowledge of viticultural practices after several positions of responsibility in various French cellars. 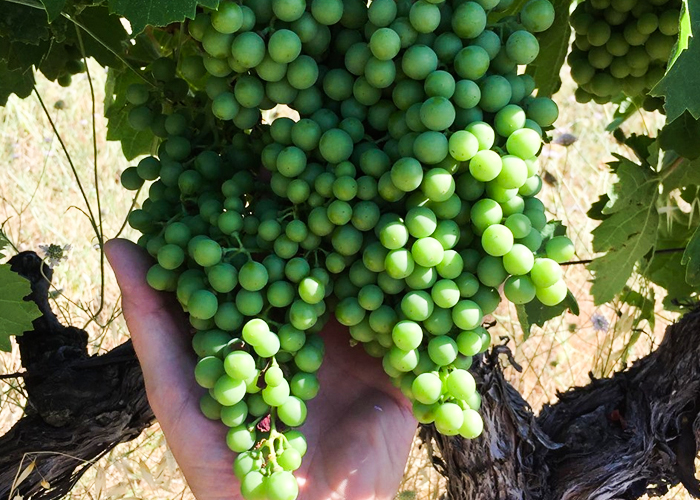 After touring the United States, Australia and New Zealand, Olivier Legranger from Axon will return to France in 2014 with the aim of creating his estate in the southern Rhône Valley. In the course of 2016, he succeeded in acquiring 10 hectares of vines on the Ventoux appellation as a young farmer. He makes it a vineyard he will call the Domaine du Colibri, in reference to the hummingbird, Native American legend that teaches us that rather than doing nothing, we can act on his scale. (The caption: One day there was a huge forest fire.) All terrified animals, aghast, watched the disaster helplessly, only the hummingbird was busy, fetching a few drops with its beak to throw them on the fire. for a moment the armadillo, annoyed by this derisory agitation, said to him, “Hummingbird, you are not mad, it is not with these drops of water that you will extinguish the fire!” And the hummingbird answered him: “I know it, but I’m doing my part.”).
Directly selling his various local products made in his domain, Olivier Legranger travels to Caromb, Carpentras and Monteux to make known these five vintages of AOC Ventoux wine, local products such as honey, beer, Champagne, tapenade and olive oil produced in the Domaine du Colibri.

Do not hesitate to contact the Domaine du Colibri which invites you to discover its vineyard and its production of local products.

Located on the Mont Ventoux, Domaine du Colibri is a vineyard that is based on sustainable agriculture to cultivate vineyards and olive groves, ensuring both the preservation of soil and the quality of cultivated products.

Lovers of wine, you will be seduced by the best vineyards of the Rhone Valley that produce 5 vintages of wine AOC Ventoux, declining in different notes, aromas and flavors.

Organic honey, Provençal tapenade, beer and artisanal Champagne, the Domaine du Colibri offers a wide range of local products handcrafted that will delight the taste buds of all lovers of local produce.

Production and sale of olive oil

Domaine du Colibri produces and sells high-quality olive oil made from fruity olives with an authentic taste of Provençal terroir.

“Alcohol abuse is dangerous for your health, consume with moderation. “